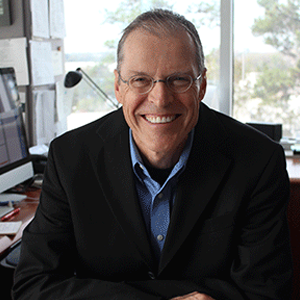 Increasing the minimum wage by a dollar appears to reduce the number of low-birthweight babies born annually by 1 to 2 percent, according to a new study by researchers at Emory University, the University of North Texas and the Institute for Child Health Policy at the University of Florida. The researchers, including ICHP emeritus professor Alex Wagenaar, Ph.D., also found an association between a one-dollar increase in the minimum wage above the federal level and a 4 percent decrease in the annual rate of infant deaths during the first year of life.

The research team, led by Kelli Komro, Ph.D., professor at Emory University’s Rollins School of Public Health, based its findings on changes in state minimum wage laws across all 50 states from 1980 through 2011. Using data from the National Vital Statistics System, the researchers also compiled monthly birth rates and infant mortality rates across all 50 states for that same timeframe. They noted a consistent pattern between state increases in the minimum wage above the federal level and lower rates of low-birthweight births as well as lower mortality during the first year of life. The team reported its findings in the August 2016 issue of the American Journal of Public Health.

Low family income is a well-known risk factor for infant deaths, and more than one in four women who give birth in the United States have incomes below the poverty level, putting them at increased risk of delivering babies weighing less than 5.5 pounds. The annual social and health cost of low birthweight babies is estimated to be at least $26.2 billion.

“Our results provide empirical evidence that increased state minimum wages are associated with reduced low-birthweight births and reduced postneonatal deaths,” the researchers wrote. They estimated that if all states had increased their minimum wages by a dollar in 2014, the policy change would have reduced the annual number of low-birthweight babies nationwide by nearly 3,000 and reduced the annual number of postneonatal deaths by more than 500.

“These results add to mounting evidence in the scientific literature demonstrating that income supports can lead to better birth outcomes,” Wagenaar said.