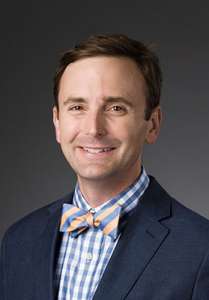 Matthew J. Gurka, Ph.D., has been elected Fellow of the American Statistical Association (ASA) in recognition of his outstanding contributions to statistical science.

“Matt’s unique and important contributions to the profession, academia, and health science motivated his nomination and election,” said HOBI professor Keith Muller, Ph.D., an ASA Fellow who nominated Gurka for the honor.

The ASA is the world’s largest community of statisticians, and is the second-oldest continuously operating professional association in the country. Since it was founded in Boston in 1839, the ASA has supported excellence in the development, application and dissemination of statistical science through meetings, publications, membership services, education, accreditation and advocacy. Under ASA bylaws, only one-third of one percent of the total association membership may be elected as fellows each year.

The ASA recognized Gurka for “elevating awareness of the role of statistics and the benefits of engaging statisticians in the pediatric research community through his collaborations, his research leadership, and his service activities.”

Gurka, a professor in HOBI and associate director of UF’s Institute for Child Health Policy, has extensive collaborative and independent research experience in both pediatrics and biostatistics. Recently his research has focused on childhood and adult obesity, specifically studying the metabolic syndrome.

Among Gurka’s many contributions are his efforts to ensure rigorous statistical methods are used properly in pediatric research, exemplified by his involvement on the editorial boards of Pediatrics and the Journal of Pediatrics. His creation and leadership of the new “Statistics, Explained” section of the Journal of Pediatrics provides an opportunity to communicate complicated statistical methods used in publications to a general clinical audience. These activities align with the ASA’s objective in its strategic plan to “elevate public awareness of the role of statistics and the benefits of engaging statisticians, so that ASA is the ‘face of statistics’ to the public and a leader in ensuring public statistical literacy.” He also has been active in promoting leadership training in the statistical community, serving on the Ad Hoc Statistical Leadership Training Committee of the ASA and co-leading numerous short-courses in leadership at their national meetings.

Gurka also recently developed a new course, “Ensuring Rigor and Reproducibility in Clinical and Translational Research,” which will be offered at UF for the second time this summer. The course will cover sound study planning and design, consideration of all relevant biomedical variables, sound data management practices, statistical considerations and techniques, and transparency in reporting research results.

Help for teens affected by obesity