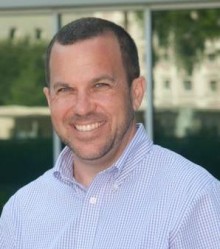 Federal regulation of a chemical used in the illegal manufacture of cocaine appears to have helped lower cocaine-related hospital stays for new mothers and babies in the United States.

Chris Delcher, Ph.D., and a team of researchers at the University of Florida (UF) and the University of North Texas in Fort Worth reported that maternal and infant hospital stays associated with cocaine use fell almost immediately after the federal government began regulating sodium permanganate—a key chemical needed to make cocaine—in 2006.

“This study adds to a growing body of evidence showing that federal efforts to reduce cocaine availability in the United States by regulating the ingredients used to manufacture it can result in large public health benefits,” said Delcher, a faculty member in the Institute for Child Health Policy and an assistant professor in the department of health outcomes and policy in the College of Medicine at UF.

Cocaine use by mothers during pregnancy can lead to placental complications, premature delivery and poor fetal growth.

To conduct this study, the research team compiled monthly counts of cocaine-related maternal and infant hospital stays from 2002 through 2013 using national data from the Health Care Cost and Utilization Project (HCUP) and the Agency for Health Care Research and Quality’s National Inpatient Sample.

“We could not find evidence of a public health intervention, changes in hospital coding practices or economic recession impacts that could otherwise explain the magnitude of this decline,” the researchers wrote. Their findings were published online ahead of print March 21 in the American Journal of Public Health. Other members of the research team included Yanning Wang, statistical research coordinator, and Mildred Maldonado-Molina, Ph.D., associate professor, both in the department of health outcomes and policy at UF; Meredith Mowitz, M.D., clinical assistant professor in the department of pediatrics at UF; Bruce Goldberger, Ph.D., director of UF Health Forensic Medicine in the department of pathology, immunology, and laboratory medicine at UF; and Melvin Livingston, Ph.D., assistant professor in the department of biostatistics and epidemiology at the University of North Texas in Fort Worth.

Delcher said that the researchers’ use of medical diagnostic codes to identify cocaine-related hospital stays in the data might have underestimated the true number of cases.

The team noted that other factors also might have played a role in the decline in maternal and neonatal cocaine-related hospital stays during this time. For instance, efforts by the Colombian government to eradicate the coca plant from 2006 to 2011 also resulted in declines in production.

They also cautioned that while the federal regulation appears to have had a positive impact on maternal and infant hospital stays, the numbers could rise again if cocaine availability increases in the United States. The U.S. Drug Enforcement Administration recently reported that the availability of cocaine in the United States is rising, and the increased supply has already begun to take a toll: Deaths from cocaine use have increased by 62 percent from 2010 to 2015 after reaching a 9-year low in 2010. Cocaine use among young adults ages 19 to 28 years also appears to be rising, from a low of 3.9 percent to 5.7 percent in 2015.

To examine such trends in Florida, Delcher’s team built an online, interactive web site called Florida’s drug-Related Outcomes and Surveillance Tracking system, also known as FROST. The site can be reached at http://frost.med.ufl.edu.